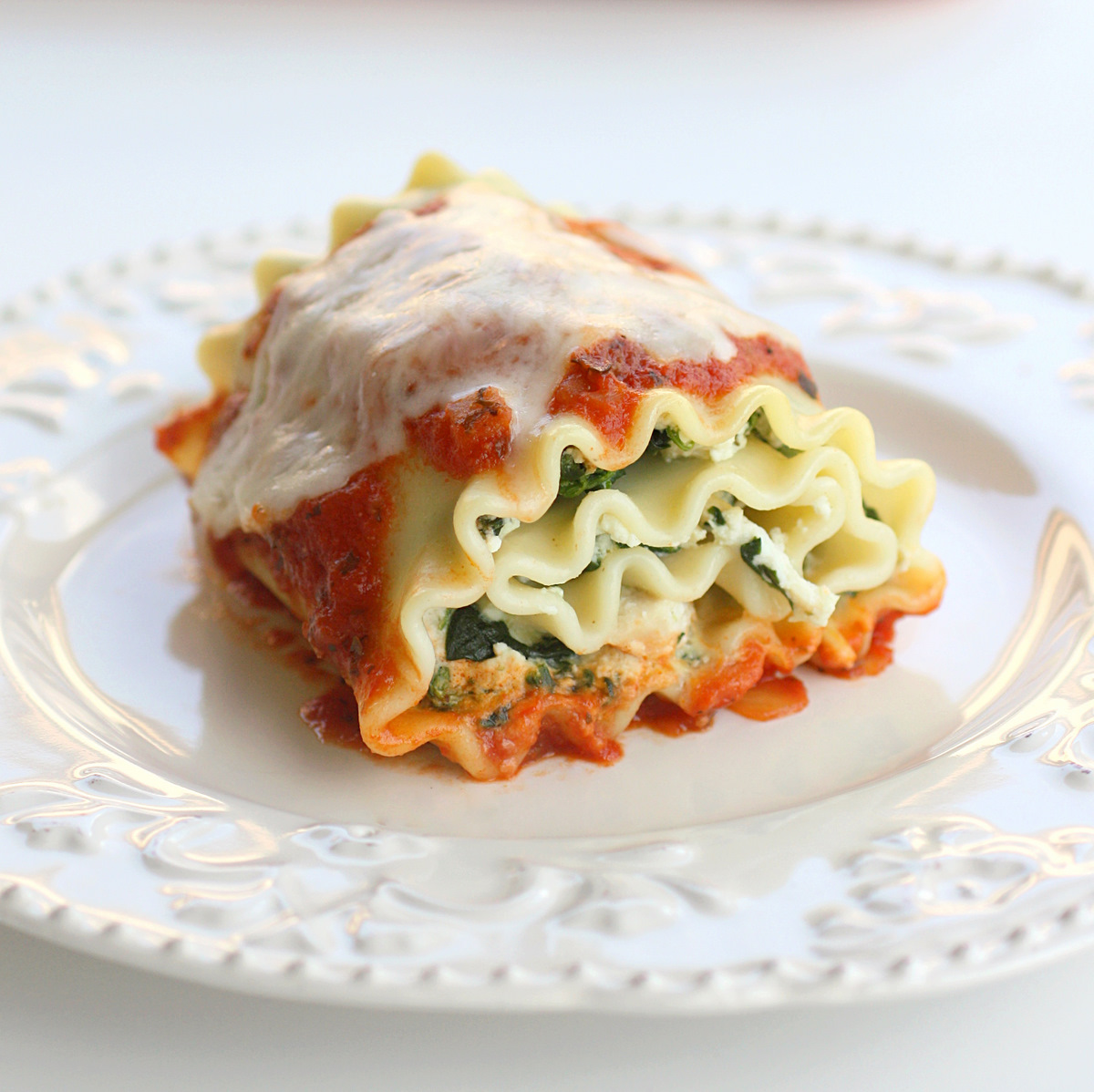 Who doesn’t love a good lasagna? This hearty dish is a favorite in our household, but it’s not something we can eat all the time (at least that’s what my doctor told me). These eggplant and spinach lasagna roll-ups are just as good as its classic Italian cousin, but aren’t as hard on your waistline.

Start by preheating the oven to 450F.

Once the tomatoes are cool enough to work with, remove and discard the skins. Puree the tomatoes in a food processor with its juices until smooth. Now you can finish making the sauce:

Lower the oven temperature to 350F.

Assembling and Baking the Roll-Ups

While the sauce is cooking and the eggplant is cooling:

Heat up the leftover tomato sauce to serve with the roll-ups.